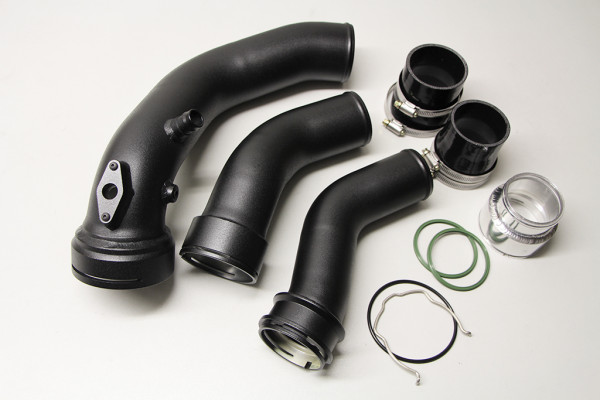 This aluminum charge air guide replaces the OEM plastic tubes. For vehicles with a boost in performance, the increased boost pressure can cause the original boost pressure tube to burst. In the worst case, this defect can lead to engine damage due to sucked fragments.

The aluminum charge pipe has an increased diameter (3 "or 76mm) compared to the original, reducing air turbulence and increasing airflow at the same time, resulting in a faster response of the turbocharger and a higher maximum possible Performance The software of the engine control unit does not have to be re-tuned, even with very high charging pressures there is no danger of bursting, and this charge pipe offers a good basis for upgrading a water-methanol injection, a connection for the injector is already available Installation is relatively easy as this batch pipe plug n play is exchanged for the series part.

Suitable for the following vehicles: